The first two way radio made its way into the Western market in 1923. Despite its late appearance, the device was primarily conceptualized in 1907 as part of a military communication program. There has been some controversy regarding who first made the two way radio. However, most people seem to attribute this invention to Frederick William Downie, Senior Constable of the Victorian Police in Australia. In this article, we take a look at the path that this radio has traversed through the ages- from 1907 to the 21st century.

Origin of the 2 Way Radio

In the 1900s of Australia, the 2 way radio was installed in police cars and used as means of communication for the purposes of surveillance, checking locations and keeping team mates posted on updates. This was a breakthrough invention for the police as it caused an instant increase in the overall efficiency of working. From instant reports to integrated surveillance systems, the two way radio was pivotal in improving the effectiveness of the Australian police force. Suddenly, people discovered the ease with which the law of the land could be enforced and security could be maintained. This was the one method by means whereof many lives were saved and the state became one of the safest places in the world. Needless to say, the overwhelming response that the two way radio received propelled it to fame and it then became one of the most popular methods of law enforcement in the world.

The popularity of the 2 way radio rose steadily over the years. From police cars, the deviceâs many uses branched out and it became a part of navy ships and even military operations. Since many mariners and platoon commanders faced problems of communication, the convenience of the two-way radio was highly appealing to all. Transmissions of messages became convenient and there was a certain smoothness that the radio communication afforded to the operations.

The Creation of the Modern Day 2- Way Radio

The global status that the 2 way radio enjoyed is also one of the biggest reasons for its adaptation into various communicative derivatives including the modern day walkie talkie and even the modern cellular phone. Before it achieved this global, improved status; however; the two way radio was one of the most rudimentary objects that could be used in police surveillance. The first radio was so heavy and cumbersome that it used to take up the entire backseat of the police car. While it might have had many benefits, the sheer size and volume of the object made it difficult to catch and apprehend criminals at the earliest. With technological improvements and the right incentive, the two way radio has improved leaps and bounds. What once used to occupy almost half the car space can now be fitted into a pocket with ease, while fulfilling the same purpose as its predecessor.

Uses and Benefits of the Modern Radio

From the 1900s to the 21st century, the two way radio has made immense progress. What earlier was used exclusively by the police had now become an instrument in the civilian space. From law enforcers to children, almost everyone could purchase walkie talkies and use it. This was the first time that the world saw the walkie talkie as an instrument of recreation. These days, walkie talkies are used as much by kids for their games as they are used by professionals in emergency situations. From medical EMTs to firefighters, walkie talkies have become a regular in the cityâs working scenario.

One of the biggest uses of walkie talkies these days are in firefighting operations. Coordinating external help and amassing the required support for the rescue operation are common functions that are carried out over the two way radio system that was once pioneered by Downie. Over and above its use in emergency situation, the two way radio is also used for the basic purposes of communication and organization in construction sites, among municipal workers and in many facets of working companies. 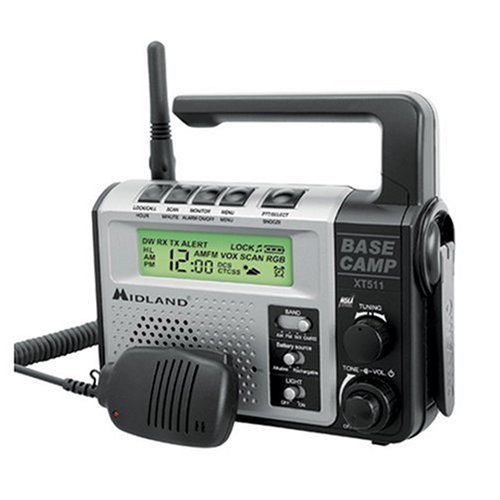 When one considers the many benefits that the 2 way radio has brought to the world population, one cannot help but pay homage to the genius of Frederick Downie. While the remarkable transformation through the ages is something that we must all bear in mind, it is undeniable that the blueprint was an instance of pure creative and imaginative genius. There are multiple uses of the walkie talkie in the modern world today. From communication in emergency situations to its importance for recreation, the modern two way radio is arguably one of the most important facets of communicative technology. All in all, the genesis and development of the two way radio is undoubtedly one of the most outstanding creations of the previous century.