A covert earpiece is designed to go unnoticed in a personâs ear. Typically, the iconic image of the bodyguard or FBI agent always springs to the forefront of the imagination when the subject of covert earpieces is brought up, but they are often used by live on-air television personalities to take cues and direction from the production team as well. Politicians will also use them when making live speeches to get immediate feedback and change the course of the dialogue if needed.

Not all covert earpieces are designed for two-way communication, but during sensitive surveillance operations or security details a microphone is often used for real-time communication. The presence of a low-profile microphone becomes a necessity in these types of operations to keep the security forces hands-free at all times. They also allow the user to blend into a crowd without using a conspicuous walkie-talkie or other form of hand-held device.

Covert earpieces are designed not to have any visible wiring and to fit neatly inside the ear without being observable to any passers by who may be in the general vicinity. There are even devices made to fit on an ordinary pair of glasses, which amplify sound inside of the wearerâs ear. 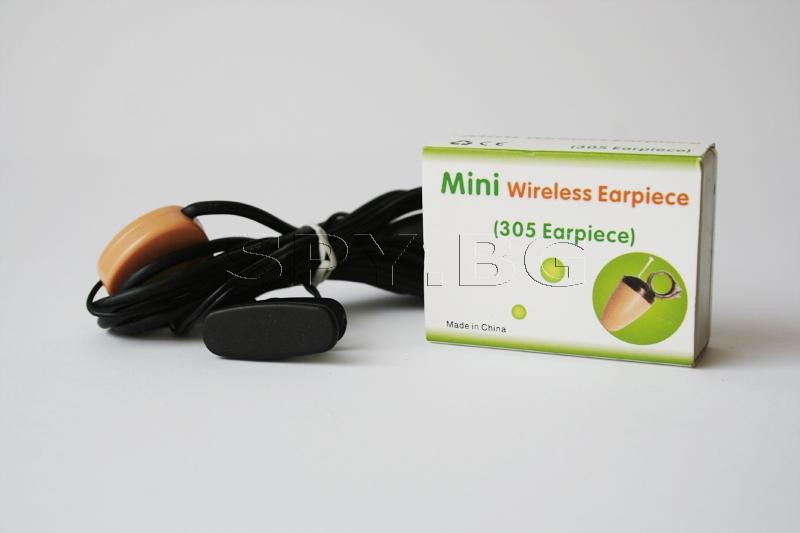 An Earpieceonline acoustic tube earpiece has the features of a thin tube that helps to transmit sound. The tube fits snugly behind the ear, while the bud goes inside the ear. The acoustic tube ear piece is commonly paired with a microphone when used in security or covert operations, but there are some civilians who prefer to use it with their personal devices, such as mobile phones and personal audio devices. The ability to efficiently eliminate background noise in loud areas makes them a top choice for use in television and media as well.

The sturdy tubing of the acoustic tube is vital in protecting the delicate wiring involved in the listening device. The ability to protect the most crucial aspects of the earpiece makes the acoustic tube preferable over other devices with exposed wiring and even wireless devices, as the acoustic tube earpieces are known to outlast others. Anyone who will be performing rigorous activity while wearing a covert earpiece will choose the most durable option.

Many earpieces will be connected wirelessly to a handheld device called a main board, usually kept in the pocket or hidden somewhere on the person. Typically, there will be a beeper button on the main board, which sends a beep noise to connected devices when pressed. It can be used to send covert messages and sometimes has other uses, like connecting to Bluetooth with a long press of the button. Covert messages can also be sent by tapping the microphone, usually discreetly placed on the shoulder or wrist.

A neck loop will is also attached to the main board. This loop will transmit sounds wirelessly from the main board to the earpiece. The loop is worn loosely around the neck under the clothing, so it is not noticed in the collar area by anyone in the close proximity.

So, whether youâre a bodyguard on the job or a jogger listening to music, covert earpieces will fit the bill for any covert listening situation.