Split by a middle screw, the Hytera PD700 series is capable of connecting all Hytera radios from the same series. This includes the PD715, the PD755, the PD705, the PD785 and the PD795 radios. All of these radios bring something different to the table, in addition to Hyteras trademark solutions. These include an ergonomic design and generally good battery life. The PD715 is probably the most reliable of the bunch. It works really well even in a hazardous environment. It also meets all the ATEX and IEC standards. 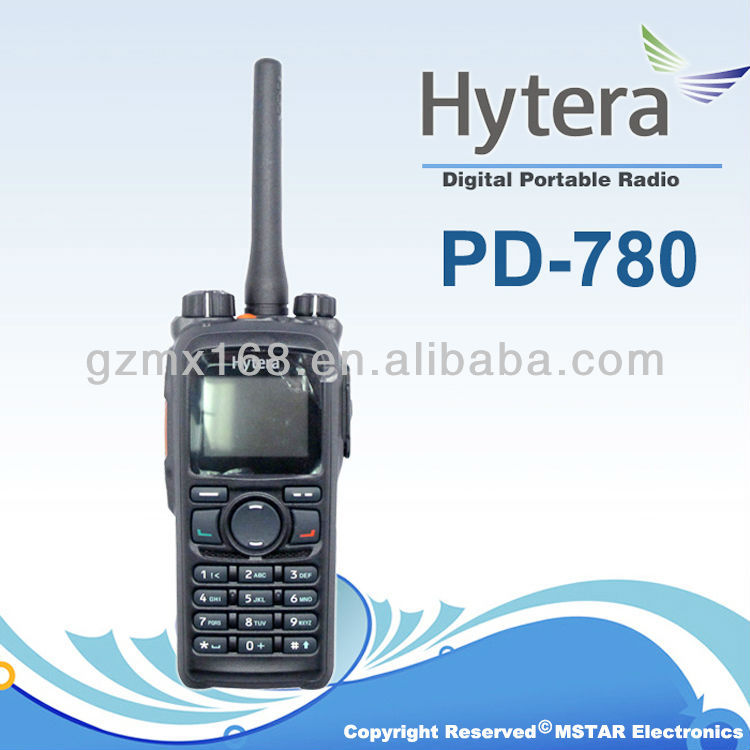 The PD755 comes with an increased battery life and a partial keypad, as well as voice call capabilities. Compared to the PD755, the PD705 is a slightly less sophisticated design but it comes with a GPS and supports both analog and digital radios. The PD785 meets all DMR standards and has probably the most ergonomic design out of these models. The PD795 comes with all ETSI and DMR standards.

The Hytera PD500 series connects its radios with a 2 pin connector. The dimensions of the two pins are 3.5mm and 2.5mm. There is a securing screw at the back. This connector can link any combination of the Hytera PD500 series radios together. When I say any, I mean the two radios in that series, since the PD500 series only has two designs, the PD505 and the PD565. The PD505 is very light and somewhat surprisingly, it still has excellent range. Its compact housing results in an improved sound quality. Compared to the PD505, the PD565 has more functions and supports both analogue and digital radios.

PD400 and PD600 series radios are connected with a 13 pin connector (which connects to another plastic adapter). This particular connector connects to devices both from the PD400 and PD600 series. The list includes the PD605, PD665, PD685, X1P, X1E, PD405 and the PD415 radios. The PD605 comes with a lightweight design and probably one of the best radios of Hytera when it comes to the prize to value ratio. It has a compact housing and like most of the companyâs designs, supports both analogue and digital radios.

The PD665 is another high quality handheld device. It has a lightweight metal casing and a full keypad. The programmable keys and the LCD display are surely welcomed additions as well. The PD685 brings very similar traits to the table, the lightweight design and the full keypad can all be found in the PD665. The X1P is different, itâs a lot thinner and its main advantage that it will work even in very hazardous conditions.

The X1E meets all ETSI and DMR standards and probably the smallest design Hytera has. Those who want an entry level radio for a more than affordable price, will probably have to look at the PD405. This radio can go for about 16 hours in digital mode. The PD415 has an integrated RFID reader and is generally recommended for patrolling personnel. Just like the PD405, it can last up to 16 hours.